Renovation Sales 101: Don’t get to price too early – especially when asked to ‘ballpark’

As a renovation contractor, your timing on disclosing price is as crucial to your success as if you were a major league baseball player.

As a ballplayer, if you habitually swing at pitches too early, you'll soon be playing in the minor leagues.

If you're asked to “ballpark” a renovation price before you've sold a client on your value, same deal. You're going to be striking out endlessly.

Example: A prospective customer calls you to talk about a full-on renovation of the first floor of their house. The customer has got lots of money; it's quality work; the type of renovation he has in mind is precisely what you excel at. He tells you he's getting three quotes. But because of the nature of the work, you know that you'll win this one. You just know it.

You go to a meeting with the client and talk about what he wants done for almost two hours. You make tons of notes, you take photographs, you pore over the sketches he has done of how he thinks he wants things to look.

At the end of the two hours, he asks you for a ballpark price. “Obviously you will need to work up a detailed quote, so don't think I'll hold you to a verbal price. I just want a rough idea of your price range,” he says. You've got enough training in sales to handle that one properly: You reply by asking him how much he was hoping to get it all done for. He tells you: “About $25,000.”

For the scope of work, it's only a third of the money he will need. So you tell him. “Honestly, $25,000 would barely pay for the flooring and mouldings you're talking about. You'll need a lot more than that to get it done right. Maybe $70,000. But I'll crunch some numbers for you and we can meet later this week to go over things, line by line.”

“I really appreciate your honesty and thoroughness,” he says. “OK, so work me up a quote. We'll talk again.”

You never do talk again. Your prospect ignores your follow up calls and texts in the next few days and then you find out, through your local lumberyard, that he's hired a competing contractor who does very high-end work. This particular contractor makes much more money than you do. Why did he get the job when your prospect had such a low price in mind for his project in the first place?

What went wrong? Well, it could be any number of things, but it's HIGHLY likely that you got to price before you had sold the prospective client on YOU. While your competitor, undoubtedly the same or higher, price wise, clearly DID make the sale.

In the case above, you made no effort to tell the client, through testimonials, through photographs, through stories, about your firm. How it operates. What makes it different. How delighted past customers have been with your work. How you have many repeat clients who will never work with another contractor as long as you are in business.

Making a full presentation on what makes your firm different, what makes it successful, and what it can do, has to be a part of quotation you deliver. Too many contractors assume that it's assumed that the client knows how competent they are, or they wouldn't have been called in to quote in the first place.

Wrong. Make a full sales presentation before you dare to breathe a word about price. Even if the client asks you, casually, to ballpark a price range for them. No client should be quoted any price until you are convinced that they know the value of what you are selling. 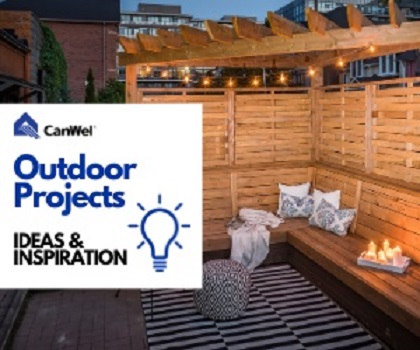